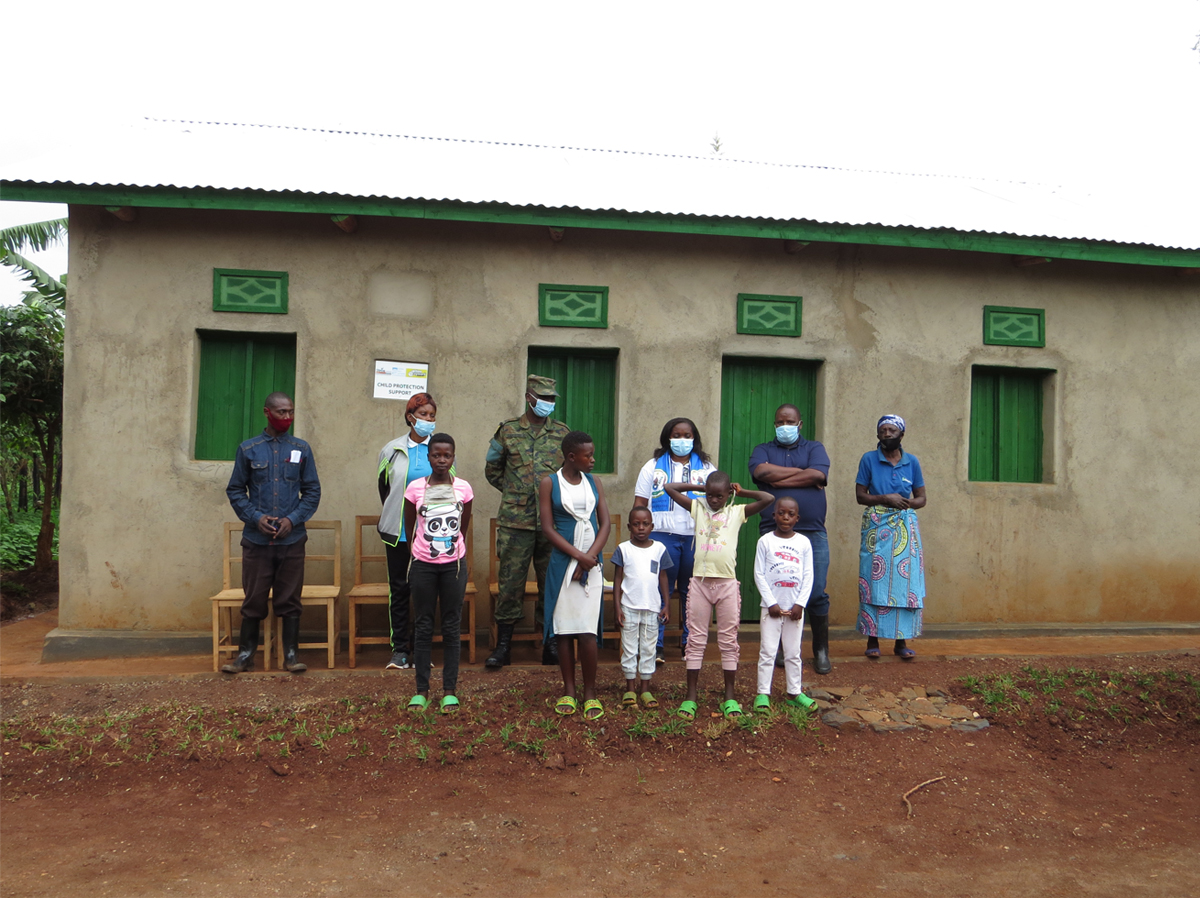 After the catastrophe that befell our country in 1994, a lot of things changed. The lives of the general population were especially affected by the war and genocide which left people homeless, poor, orphaned and widowed while many had contracted diseases such as HIV/AIDs etc.
In an overview of the general situation of Rwandans in 2003 I recognized that Rwanda was still in an appalling situation despite the government fighting tooth and nail to cover the wounded souls.
It’s due to the above reasons that I, the founder member of SFR, with others, decided to form the organization. We picked five objectives with an overall thematic program of a “social welfare and development”. Considering the situation described above we decided to dedicate our support to the most vulnerable groups in Rwanda

The differences we hoped to make had to be realized with time and the organization’s objectives, goals and mission were put in place to strengthen the existing vision of sustainable social welfare, integration and development for the most vulnerable groups. As time went on, through the dedication of founder members, we started advocating for social justice and put in place projects for economic empowerment. Slowly, we began to see a difference to the lives and livelihoods of the vulnerable groups we were reaching. We have seen a lot of changes in 10 years and continue to see improvements in the lives of the people we work with.

Growing as an Organization

When Strive Foundation Rwanda started, progress wasn’t very easy due to financial constraints. We started with 4 members of staff who were permanently employed. This team was backed up by the 6 six founder members who provided technical support and advocated for the organization. With time, transparency and integrity, through strengthening our advocacy and community involvement SFR grew bigger and began to receive funding for the implementation of various new projects.

Today we have almost 40 full time staff operating in 13 districts around the country, covering at least 90% of the objectives we set for ourselves 10 years ago.

SFR has expanded and taken new directions but, on the whole, most effort has been put into improving the existing objectivities. Once we began to successfully put these objectives into action we could make projections for the future through Strengths, Weakness, Obstacles and Threats (SWOT) analysis. Therefore the expansion of the organization was based on being loyal to our core values, having a strong leadership and a stable infrastructure set up.

I may say that I am pleased with the progress of SFR due to the positive outcomes we have seen achieved, however, I know there is still a long way to go because in every course of our programs there are still challenges coming our way which need new approaches or attention.
Hopefully, SFR has played its role in the current, and much improved, situation in Rwanda and we can see our vision, no longer as vision, but as a reality which actually exists in many respects and needs expanding. This is thanks to our founder members, the entire Rwandan community and our partners.
For the past 10 years, with a lot of effort put into the organization, I am pleased, and all the staff at SFR past and present are pleased, that at least something has been done in line with what we struggled for and in line with the mission of social welfare and development for the most vulnerable groups in all areas of project implementation.