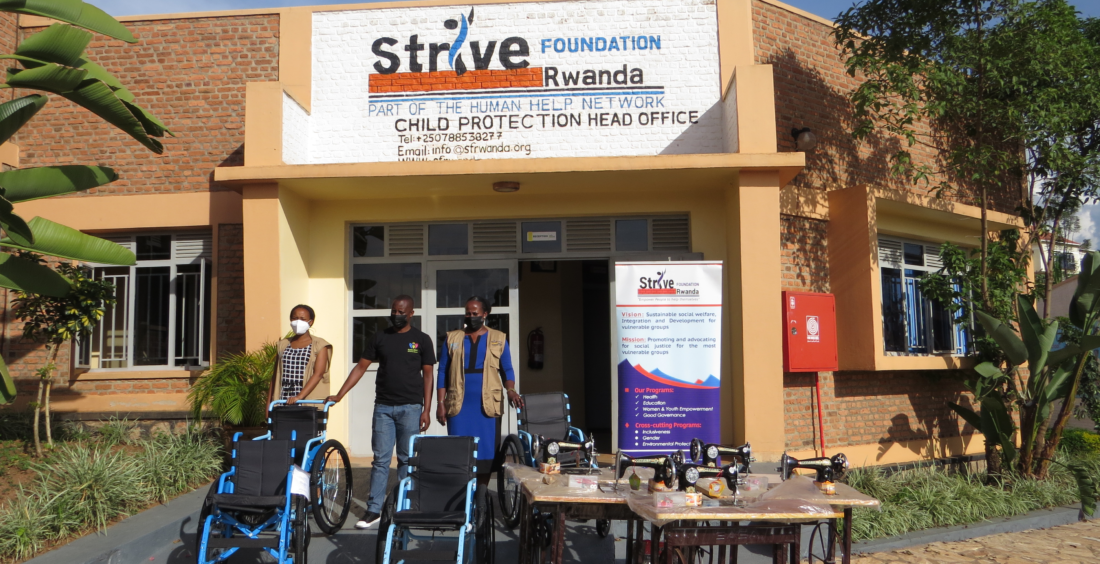 This is SFR’s practice of providing equal access to opportunities for the most vulnerable people most likely to be excluded or marginalized; these groups may include those with physical and mental disabilities or other minority groups.

With inclusivity in education, SFR has always identified these groups in its initiative of implementing Early Childhood Projects. The identified groups included Children with disabilities, in this context; SFR developed a home-based messaging approach, which helps parents with children with disabilities to increase their knowledge about their children and how to care about them.

With inclusivity in Health, vulnerable children with the disability of Albinism in Huye District have been offered basic support in treating their skin complications using specialized jelly and outfits, which are protective to their skin.

Vulnerable Children with physical disabilities have also received key support of wheelchairs and Huye District received the support in January 2022 but still more chairs are required.